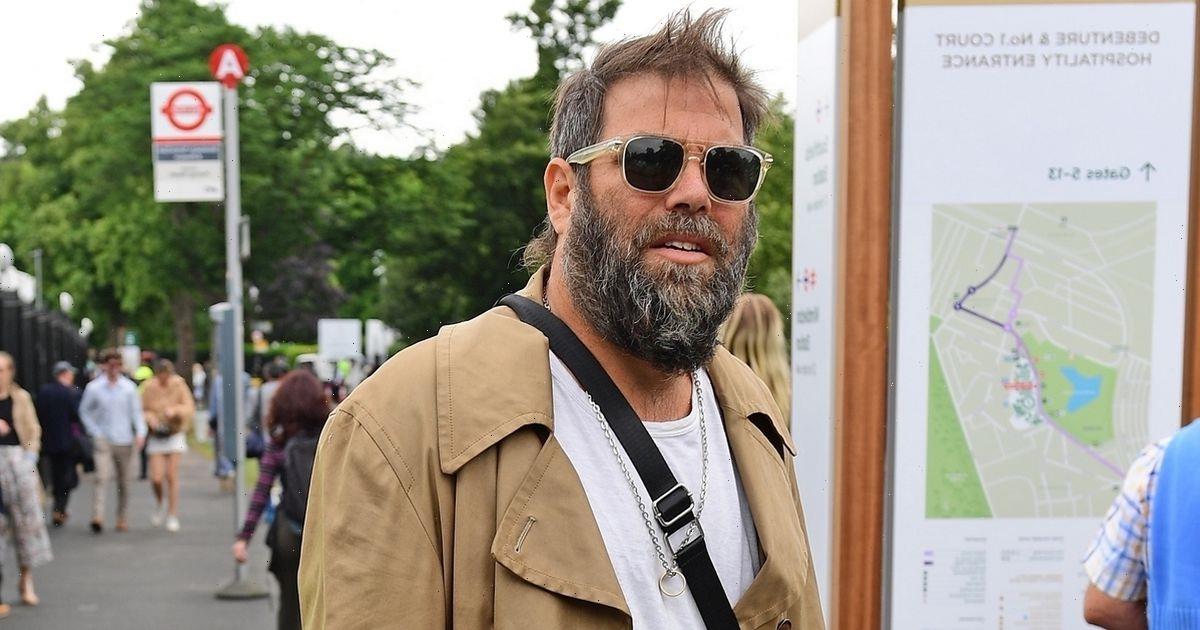 Simon Konecki has been spotted making his way to Wimbledon in a rare appearance following his high-profile divorce from Adele.

The 48 year old, who announced his split from the Easy On Me hitmaker back in September 2019, was photographed cutting a casual figure as he walked into the area on Thursday 30 June.

CEO Simon donned a white T-shirt with a brown trench coat and matching brown chinos underneath as he made his way into the courts.

Teamed with a pair of white trainers, Simon wore a black crossbody bag and a pair of shades to shield from the sun.

He held his phone in one hand and accessorised the look with a single chain around his neck and a ring on his middle finger. Simon sported a messy-hair look and a long beard for the occasion.

Simon and his ex Adele, 34, share one son together, Angelo, who they co-parent successfully across the pond in the US.

Back in February, the singer gushed over both her former husband and their child as she appeared on The Graham Norton Show.

Adele explained how she succeeds in keeping her family's privacy, despite being one of the biggest stars in the world.

She said: "I don't share too much of him, but they are my little soulmates – Angelo and Simon.

"Our family is separated but we're nailing it and doing a really, really good job."

Since her split from Simon, Adele has found love once again as she's in a relationship with American sports agent Rich Paul, 40.

The pair have been pictured enjoying some incredible date nights together, including at many NBA games, and it's clear they're going from strength to strength. Adele even appeared to confirm that they have moved in together when she shared a series of snaps posted to Instagram to celebrate the first year of their relationship.

In one photo, the couple looked ecstatic as they posed on the lawn of a huge mansion where they were both holding up house keys in a celebratory pose.

The post was captioned: "Time flies," and also included a series of other sweet snaps of the pair, who got together in 2021, throughout their relationship.

Speaking about their relationship previously, Adele told Vogue that Paul was “always there, I just didn’t see him”.

She said: “[With Paul] I don’t feel anxious or nervous or frazzled. It’s quite the opposite. It’s wild.

“I’m a 33 year old divorced mother of a son, who’s actually actually in charge. The last thing I need is someone who doesn’t know where they’re at, or what they want. I know what I want. And I really know what I don’t want.”