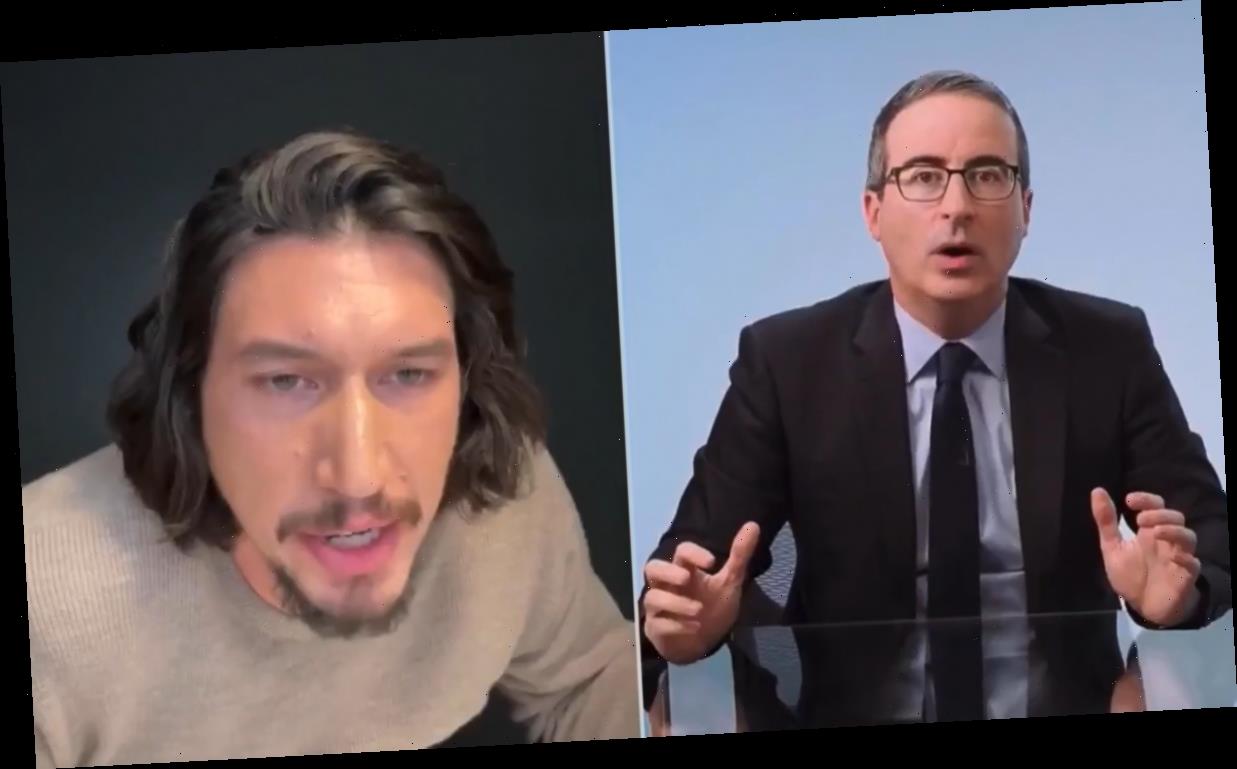 If you haven’t been watching Last Week Tonight lately, we can’t blame you. 2020 has been a year of bad news followed by worse news followed by INSANE news. So even a comedy news show can feel a little oppressive at time.

However, if you’ve been avoiding it the past few months, you’ve missed one of the most bizarre running in jokes in late night comedy — in which John Oliver loudly thirsts for Adam Driver.

Video: John Oliver Cried Over Voting In US For The First Time

For seemingly no reason at all, the comedian just asks for the Star Wars star to do nasty, often violent things to him like “crush my ribcage” or “choke slam me to hell.”

Here’s a supercut someone made, so you can catch up:

Oliver fans have even started to make their own shipping pics of the two.

Why this is a thing we have no idea.

OK, so on Sunday night’s episode, the final one of 2020, John was making yet another one of his references to getting abused by Kylo Ren when Driver called in to the show and asked what a lot of were thinking:

“This thing you’ve been doing that’s either sexual or violent… This strange, strange bit that for some reason you’ve pulled me into. What is it? When you first started doing it, it was easy for me to shrug it off.”

At which Oliver interjected:

“Especially with those shoulders, I bet.”

Driver was unamused, lashing out:

“Stop talking! Do you realize, over this past year, what you’ve asked me to do to you? ‘Collapse on your chest.’ ‘Tie your fingers in a square knot.’ ‘Step on your throat.’ ‘Shatter your knees.’ ‘Pull your heart out through your ear.’ What’s wrong with you? You realize we’re strangers, right? I don’t know you. And now random people on the internet stan us, claiming that you thirsting over me is ‘a mood.’ I’m sick of people stopping me on the street and asking me if I’m going to punch a hole in you like a Marriage Story wall.”

Driver tried to get Oliver to apologize, which led to the HBO star saying instead:

To which the Oscar nominee responded:

When the Brit comic finally did apologize, Driver took pity on him, saying gently:

“Look, it’s been a rough year for everyone and I can tell it’s really gotten to you, sitting alone in your void. But I think, maybe, it might be time for you to step out of it for a bit. Get up from your chair. See what the world has to offer. Explore the space, man.”

“Just to be absolutely clear though, Adam, are you… giving me an order?”

Driver left with the words:

“I hated this. Goodbye.”

Which, while this whole thing clearly was a bit, was still probably true given his very private nature.

Will Oliver really give up the weird sexual jokes? Maybe. Or maybe he’ll just find a new target for them…