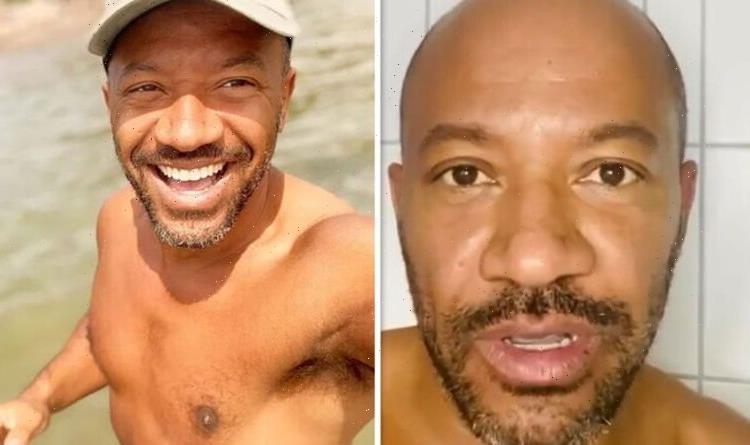 A Place in the Sun: Couple keep Craig Rowe ’on his toes’

A Place In The Sun newcomer has opened up about his extracurricular activities away from the world of presenting as the Channel 4 host revealed he had taken up pole dancing classes in a bid to keep fit. The TV star shared the strenuous activity had left him “absolutely sore” in a candid admission.

The 49-year-old, who began his property journey decades ago, shared that he took up pole dancing classes for exercise purposes.

The on-screen star confessed that it is a pretty “difficult” form of fitness but helped to keep his body in shape despite the number of bruises he accumulated.

The property expert explained that when he joined the classes a number of years ago he would often leave the studio with burns and bruises on his legs.

Craig recalled: “I was in a dance company for a while in London and we used to put on shows. Nothing major but we would dance at different venues. It was really good and I really enjoy dancing.

“I hadn’t really done choreographed dancing before. It was quite difficult but I really enjoyed it. The dance company also started doing pole dancing. It was full fitness at a place in the city.

“So I did pole dancing in terms of fitness but I never performed it. It was a part of the dance company and we could use the pole.

“It’s really, really good for your fitness. You’ve got to be really strong.”

The TV presenter clarified that he was never a fully trained pole dancer but used the raunchy gig as a keen fitness enthusiast.

He chuckled: “The amount of people that said to me, ‘I never knew you were a pole dancer?’ I’m like no I just did classes. It’s so much fun.

“But the only thing I’d say is that your hands get absolutely sore, burns down your legs and bruises all over your body.

“It’s quite acrobatic. You fall off all of the time. But when you get the hang of it, it’s so good for your fitness. That’s part of the reason why I did it.”

Meanwhile, Craig dished on how he became involved in property development, a venture he has continued to enjoy.

The presenter explained that he teamed up with his sister to secure their first mortgage but added that it took a lot of hard work as he held down three jobs.

He admittedly has had his fair share of blunders when it comes to renovating homes but offered some advice to homeowners.

“It’s worth waiting, saving a bit more money and doing things properly rather than trying to cut corners,” Craig mused.

“Because unless you really know what you’re doing – because I know what I’m doing from a design point – but from a trade point of view, you have either got to get a professional in or you’ve got to wait until you can afford to do it properly.”

Craig shared that he ended up working three different jobs in a bid to save enough money for a deposit on his first home.

The small-screen star said his first purchase made him catch the “property bug” and he had been developing his property portfolio ever since.

The Channel 4 presenter recently renovated an ex-council flat which he has since made his home.

A Place In The Sun airs weekdays on Channel 4 at 3pm.