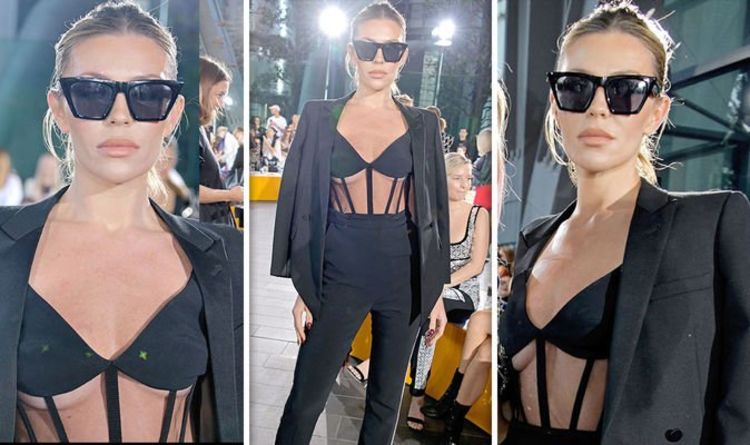 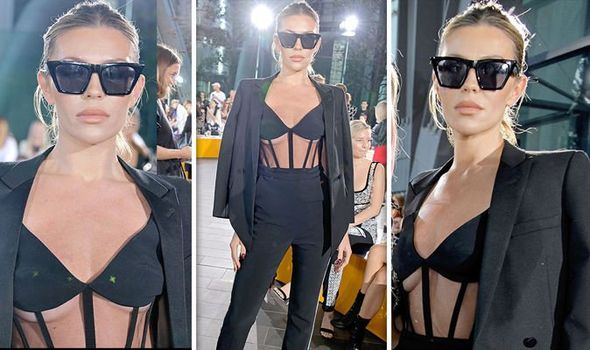 Abbey Clancy was seen posing up a storm as she attended the David Koma front row, during London Fashion Week 2019. Peter Crouch’s wife’s cleavage was impossible to miss after she opted for a risqué, all-black outfit. The 33-year-old’s incredible figure took centre-stage, just three months after she gave birth to baby number four. The Strictly Come Dancing winner was seen with Lady Mary Charteris at The Leadenhall Building for the offering, which was also watched by Anna Vitiello and Misse Beqiri.

Well that was incredible, what a London Fashion Week show

Wearing her blonde tresses tied up, Abbey revealed serious underboob thanks to the sheer detailing on her ensemble.

Her assets were see spilling out of her bustier style top, which was completely see-through on the midriff.

The mother-of-four wore it with a smart tuxedo jacket and straight-leg trousers, complete with a white stripe down the side.

She polished off her attire with large sunglasses and towering stiletto heels, all in the same hue.

Lady Mary was seen alongside her in an eye-popping royal blue velvet dress, featuring butterfly wings on the neckline.

The number made the most of the 32-year-old’s toned pins, which were elongated by heeled boots. 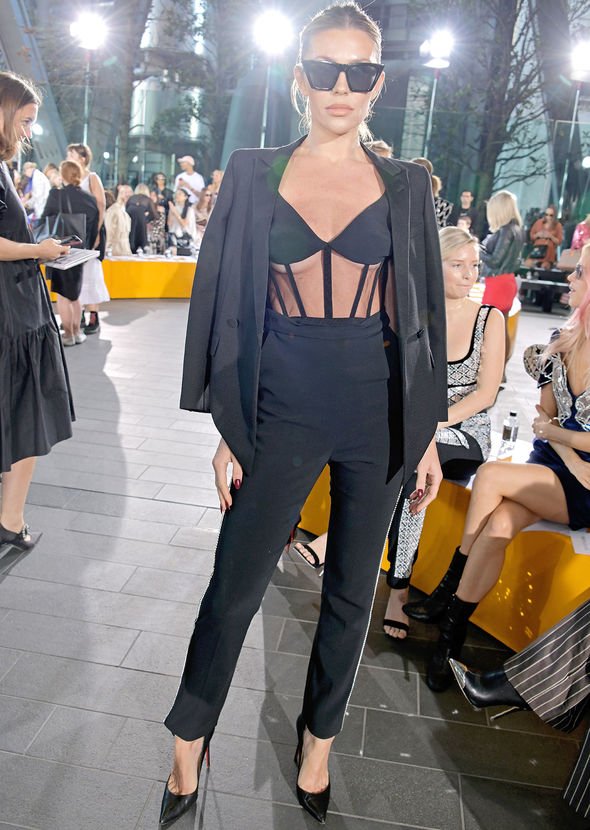 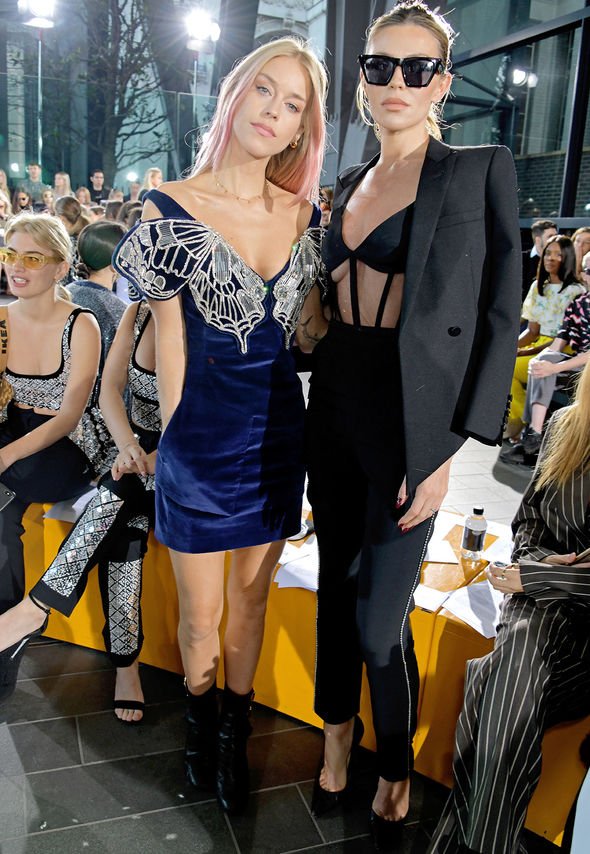 Pink flashes could be seen in her hair, while she kept her accessories simple with a delicate necklace and earrings.

“@davidkomalondon well that was incredible what a show,” Abbey gushed, in view of her 490,000 Instagram followers.

Her words were accompanied by a sultry selfie in the back of a car, after she uploaded a number of videos of the runway.

There was no sign of her husband Peter, 38, who she wed back in 2011, two years after getting engaged. 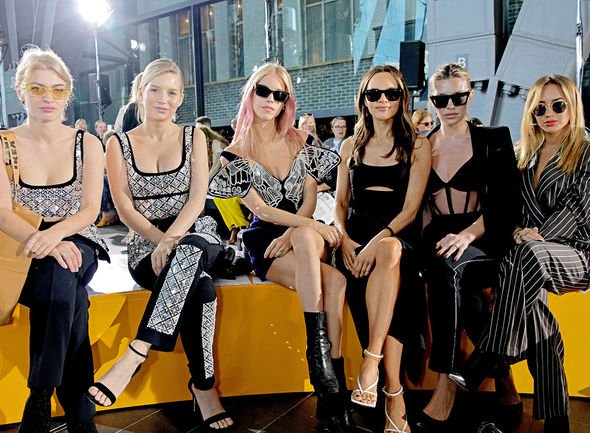 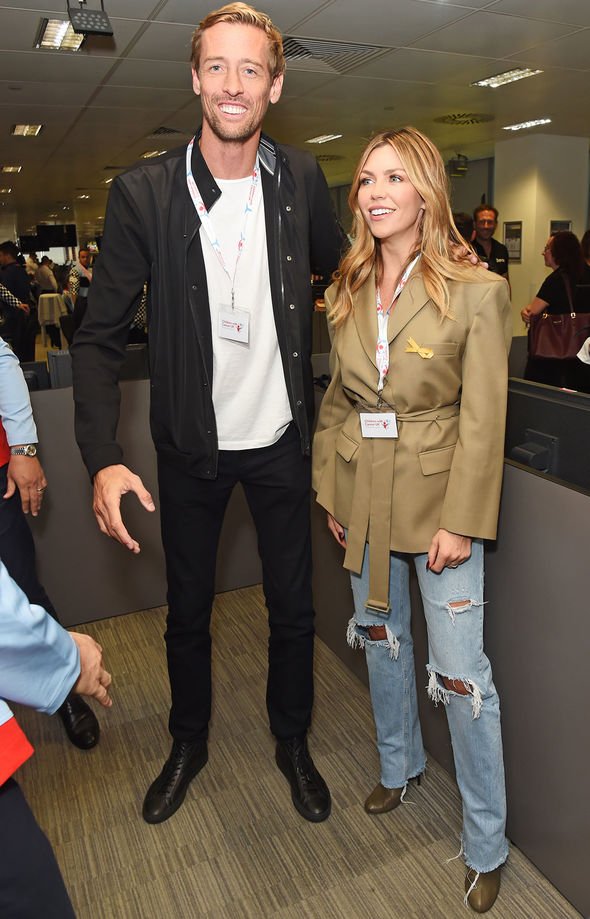 Abbey’s outing comes just days after she was seen alongside her spouse at the BGC Charity Day 2019 in Canary Wharf.

The couple were seen answering the phones to commemorate the colleagues lost in the World Trade Centre attacks.

The model teamed a khaki jacket, that was belted at the waist, with pale ripped jeans an boots.

Peter looked smart away from his TV commitments in black jeans and a coordinated coat, as well as a simply white T-shirt.

They were accompanied by Cheryl, Amanda Holden, Holly Willoughby and Phillip Schofield as well as Kit Harington.