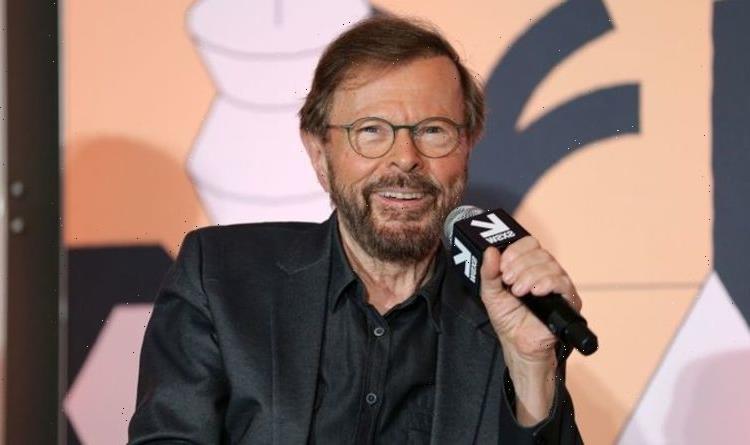 ABBA perform Waterloo at Eurovision after win in 1974

ABBA fans were sent into meltdown this week after reports surfaced that the band could be set to announce a new project. On Tuesday, media speculated that the Swedish four-piece were to hold a press conference in Stockholm after an image surfaced online. The picture, which appeared to show the set-up for a press conference, had allegedly been taken in a recording studio.

This led to a flurry of excitement from the band’s fanbase, who were hoping a major announcement could be imminent.

ABBA, who are responsible for some of the world’s most recognisable pop songs, revealed last year they were planning to release new music in 2021, after they were forced to postpone their hologram tour due to COVID-19.

Indeed, ABBA singer Mr Ulvaeus, who has been vocal in his opposition to Brexit in recent years, made an emotional plea for Britain to remain in the EU, just months before the referendum.

He told the BBC: “I’m so nervous – I pray that you don’t leave the EU.

“It would be a disaster, I think.

“It really makes me sad, the thought that Britain might leave and what that would mean.

“The UK is my second home country – I lived there for six years, and it’s like someone you love leaving you.

“It’s emotional – I’m not intellectually quite clear what I mean but emotionally I am certain I don’t want Britain to leave.”

ABBA formed in 1972 and since then, have produced some of the world’s most loved dance floor fillers such as ‘Dancing Queen’, ‘Mamma Mia’ and ‘The Winner Takes It All.’

They became one of the most commercially successful acts in history after winning the 1974 Eurovision song contest for Sweden with ‘Waterloo.’

Of course, since the UK voted to leave the EU, question marks over Sweden’s place in the bloc have been raised.

Sweden and the UK had been allies while EU member states, having voted the same way in around 89 percent of EU matters between 2009 and 2015.

The countries even managed to secure the first ever EU budget cut back in 2013.

In the 2016 interview Mr Ulvaeus spoke of the same ambivalence in Sweden as in Britain towards the EU.

He said: “I would think that a lot of Swedes have the same kind of ambivalence to the EU as the Brits do – there’s no difference there.

“The Swedes feel that with Britain in, there are more people who think like we do in the EU.

“Britain adds a balance to the continent –  it’s somewhere in between America and Europe and in that sense it’s so important.”

ABBA announced they were planning to record together for the first time in 35 years, and last year they confirmed that they had more songs than originally planned.

They had delayed the releases of an alleged five songs, including ‘I Still Have Faith In You’ and ‘Don’t Shut Me Up’ as well as the ABBAstar hologram tour until next year due to the coronavirus.