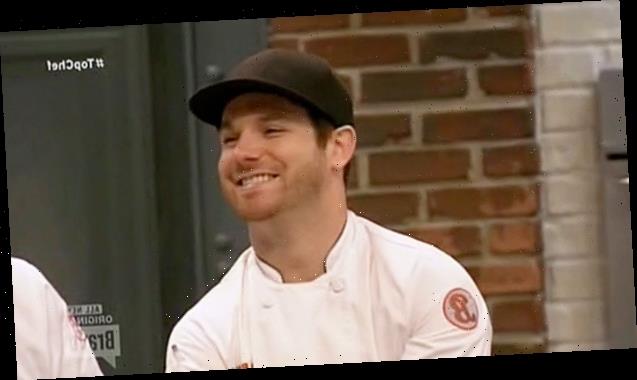 So sad! ‘Top Chef: Boston’ contestant Aaron Grissom has been killed in a motorcycle accident at the too-young age of just 34. We’ve got five things to know about the talented cook.

Add another sad death to those we’ve lost in 2020. Top Chef fans will remember Aaron Grissom as a contestant from 2014’s Boston season 12 of the Bravo cooking competition. He has been killed in a motorcycle accident in his native Washington State. Aaron died on Sept. 8  at the age of 34, after apparently losing control of his 2018 Suzuki GSX-R750 after striking a curb in a roundabout, TMZ reports. Witnesses said he approached the turn in the road at a high speed, according to the police report obtained by the Tacoma News Tribune.

According to the report, after hearing a “high revving” noise, witnesses said they found Aaron on the ground and his motorcycle had gone another 100 feet beyond him. The tragedy happened near the Chambers Bay Golf Club in Tacoma, not far from where Aaron grew up. He had a helmet on at the time of the crash and no other vehicles were involved in the tragedy, per the report. His death was ruled an accident, having suffered “blunt force injuries,” according to the Pierce County medical examiner. We’ve got give things to know about Aaron.

1. Aaron became known nationally during season 14 of Top Chef.  He travelled to Boston to compete against 16 other chefs for the title in 2014. Sadly, he didn’t go too far. He finished in 11th place, packing his knives and going home in week six of the Bravo show.

2. Aaron appeared on one of Guy Fieri’s Food Network shows. For several years he ran the kitchen at Dirty Oscar’s Annex on Sixth Avenue in Tacoma, WA. He and the restaurant were featured on an episode of the Food Network’s popular series Diners, Drive-Ins and Dives, hosted by Guy Fieri. Aaron described his cuisine as “New American. We take classic traditional food and spin it way out.”

3. Aaron most recently was cooking Japanese cuisine. He was the chef and co-owner of Tacoma’s Moshi Moshi restaurant, serving up everything from ramen to Japanese BBQ. The eatery’s Facebook page shared a photo of Aaron with the caption, “In memory of a life full of passion. Aaron Grissom 1986-2020.” The restaurant opened in 2018 and was Tacoma’s first ramen restaurant. He left the eatery in the summer of 2019 on good terms.

4. Aaron was living in Mexico during the COVID-19 outbreak this spring. Yu Nanakornphanom, who worked with and co-owned Moshi Moshi with Aaron, told the Tacoma News Tribune that Aaron and his girlfriend relocated to Mexico during the coronavirus outbreak, which closed restaurants in the state for a period of time in the spring of 2020. “He had a lot going on,” said Nanakornphanom. “I think he had a good future ahead of him. He’s always learning to do something. He was driven. He lived his life fully.”

5. Aaron had taken up a new career as a chef four touring musical acts. After leaving Moshi Moshi, Aaron had cooked for such stars as Billie Eilish while she was on the road. Unfortunately, his new career path hit a roadblock when nearly all artists cancelled their 2020 concerts due to the COVID-19 outbreak. Nanakornphanom told the Tribune that Aaron’s “return to the Tacoma area was unexpected.”