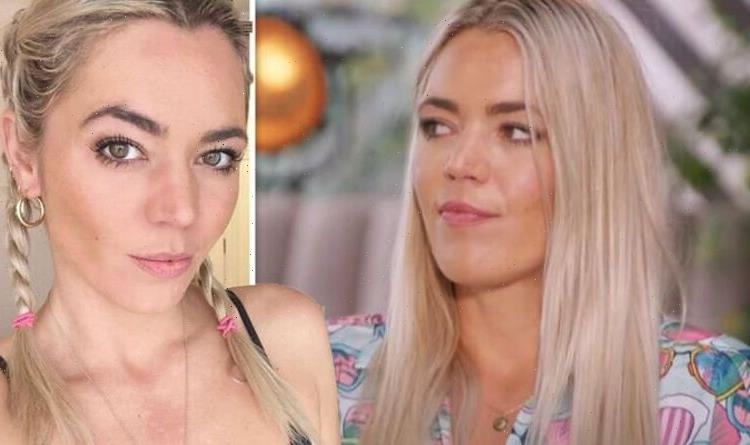 A Place In The Sun’s Danni Menzies has revealed that she’s single after splitting with her boyfriend just days ago. In a new interview, the property expert, 33, told how she felt “s***” after initiating the break-up, while admitting that she found it difficult to have a relationship while jet-setting around on the hit Channel 4 programme.

I actually broke up with someone yesterday – it was s***

Earlier this week, Danni candidly told how she wasn’t feeling her best after breaking up with her boyfriend.

The property guru said: “I actually broke up with someone yesterday – it was s***.

“I think it was the right thing.”

The star went on to claim that men are often “intimidated” by her, which she admits to being baffled by.

“Men are intimidated by me, I don’t know why, I’m really nice,” she told The Sun.

She explained that it was difficult to have a relationship while she was on the show due to her jet-set lifestyle and travelling somewhere new every week.

Now, she is ready to focus on the personal aspects of her life after she admitted it was “about time for a change”.

In 2020, Danni was with her army hero ex-boyfriend after revealing that their mutual friends set them up on a date.

Speaking about meeting her ex-beau, Danni said to the Sunday Post: “When I first saw him I thought he was attractive. He is a tall, strapping lad, but he was quite nervous and I like people who are confident, so I wasn’t sure.”

The Channel 4 presenter revealed that he soon “took control” of their date, and she soon introduced him to her mum, dad and brother.

However, the relationship came to an end by November and she announced the split on her social media.

She wrote: “We didn’t make it past August” alongside a laughing emoji.

Danni’s sad news comes a month after she confirmed her departure from A Place In The Sun after six years on the show.

The star said in a statement at the time: “After six years on the show and about a hundred shows filmed, I’ve decided to hang up my summer dresses.

“The show has been such a huge part of my life, and I’d just like to thank and send love to all of the wonderful people I’ve met on this journey who made it so special.”

Now Danni has confirmed that filming has already been completed on her final episode.

She made the announcement during a Q&A on Instagram.

Last year, after being single for some time, Danni took part in an MTV dating show called Celebrity Ex in the City.

Speaking in an exclusive interview with Express.co.uk, Danni said: “I wanted to try something a bit different, and I’ve never done anything like that before.”

A Place In The Sun continues weekdays at 3pm on Channel 4.