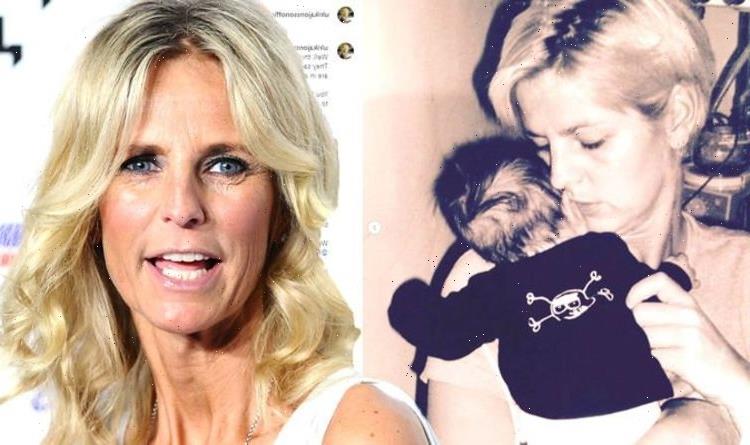 “Happy 21st, my darling, Bo Eva Coeur,” Swedish-British presenter Ulrika Jonsson gushed in a post shared on her Instagram page viewed by her 178,000 followers. “Well, this was a day I never thought I’d see.

Well, this was a day I never thought I’d see

“They said they hoped you’d live to be a teenager – but here you are in all your glory.”

The 21-year-old, known as ‘nannybojonsson’ on Instagram, is currently in her third year at nannying and childcare school Norland College in Bath.

The aspiring carer also recently received a one month placement in London this autumn looking after the “most gorgeous family” – two boys aged six and four, and a girl aged two.

Although her career path looks less glamorous than that of her showbiz mum, a well-known name who reached the MasterChef final in 2017, she certainly has earned Ulrika’s praise.

“You found your vocation and you’re working so hard at Norland to become the very best [nanny] there is,” she encouraged on her Instagram post.

She affectionately joked that her “loyal, fun” daughter – “like all Scorpios” – had a keen sting in her tail.

“You’re savvy and sassy; an emotional mess; energetic, needy, dramatic, obsessive and sensible: all in one day,” she continued,

“Happy birthday, my daughter I didn’t know would live.

“Happy Birthday to my ugly duckling who actually turned into a beautiful swan.

“We love you. Almost as much as you loved @joe_sugg and @harrystyles 100yrs ago,” she joked.

The Jonsson family experienced their fair share of heartbreak over the years – first Bo, Ulrika’s eldest daughter, was born with a heart defect, meaning that her survival was touch-and-go, and she then experienced abandonment by her biological father – someone she has never met to this day.

More recently, she was rushed to A&E during the tough COVID lockdown in 2020, meaning that her panicked mother was banned from visiting her – and initially didn’t even know what was wrong.

Ulrika had previously shared on Good Morning Britain of her clinically vulnerable and much loved daughter: “At the beginning of lockdown, Bo was terrified and went into lockdown a week before the [rest of the] nation went into lockdown.

“I became increasingly concerned about her mental health because she was basically locked up in her room.”

Elsewhere, Ulrika recently told her Instagram followers that she had woken up injured and two men she’d never met before were upstairs in her home after a “wild night out” with her daughter.

She also feared she had been thrown out and barred from a nightclub after she and Bo partied a little too vigorously.

However, she was undeterred by the embarrassing experience.

“I’m thinking this is a good result for a 54-year-old – it shows I’ve still got a bit of life in me,” she had joked on her Instagram Stories.

Despite the many mishaps Ulrika and Bo have endured, it seems that the latter is now thriving and embracing her newly found adulthood.