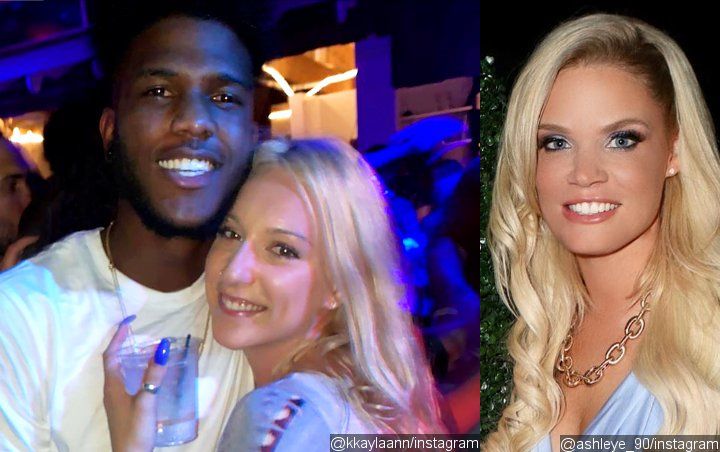 The 21-year-old reality TV star, who is in the middle of divorce process with his estranged wife Ashley, seems to have a great time with Kayla O’Brien at a bar while facing risk of getting deported.

AceShowbiz -It didn’t take long for Jay Smith to jump from a relationship to another and he clearly has no intention to keep his romantic life private. The “90 Day Fiance” star debuted his new girlfriend Kayla O’Brien on Instagram on Tuesday, August 6 amid his ongoing divorce with estranged wife Ashley Martson.

The 21-year-old posted on his social media account a picture of him and the blonde girl sipping on drinks. The pair wore matching red ensembles. “AFTER THE BAR YOU KNOW WHAT TIME IT IS,” he captioned the photo.

Kayla also took to her own Instagram page to share pictures of her with Jay from their night out at Fager’s Island in Ocean City, Maryland. She held a glass of drink while Jay wrapped his arm around her waist in one image and they were joined by two friends in another snap. “So much fun w my loves,” she wrote in the caption.

The new lovebirds were also seen dancing intimately in a video taken during their outing. He clearly had a great time, smiling ear-to-ear while leading Kayla to move to the beat. She called Jay “My best friend” in the caption, adding some double-heart emojis.

Kayla was previously seen picking up Jay when he was released from detention with U.S. Customs and Immigration Enforcement on July 31. “My f***ing baby so happy, so grateful @jay_smith_ja,” she captioned a video showing her jumping into Jay’s arms upon his release.

Jay’s ex Ashley recently claimed that her estranged husband has been dating Kayla since January, around the time she filed for divorce for the first time. “I have a lot of evidence of those two being together,” she said, as Jay and Kayla previously denied they’re in a romantic relationship.

The dental technician also fueled rumors that Kayla is pregnant with Jay’s child. “There’s already a lot of rumors going around that his girlfriend, who’s running the GoFundMe, is pregnant,” Ashley said. “From what I saw – she was at court – she definitely looked like she could’ve been expecting.”

Neither Jay nor Kayla has addressed the baby rumors. However, pictures from their recent outing didn’t show any sign of her supposed baby bump.