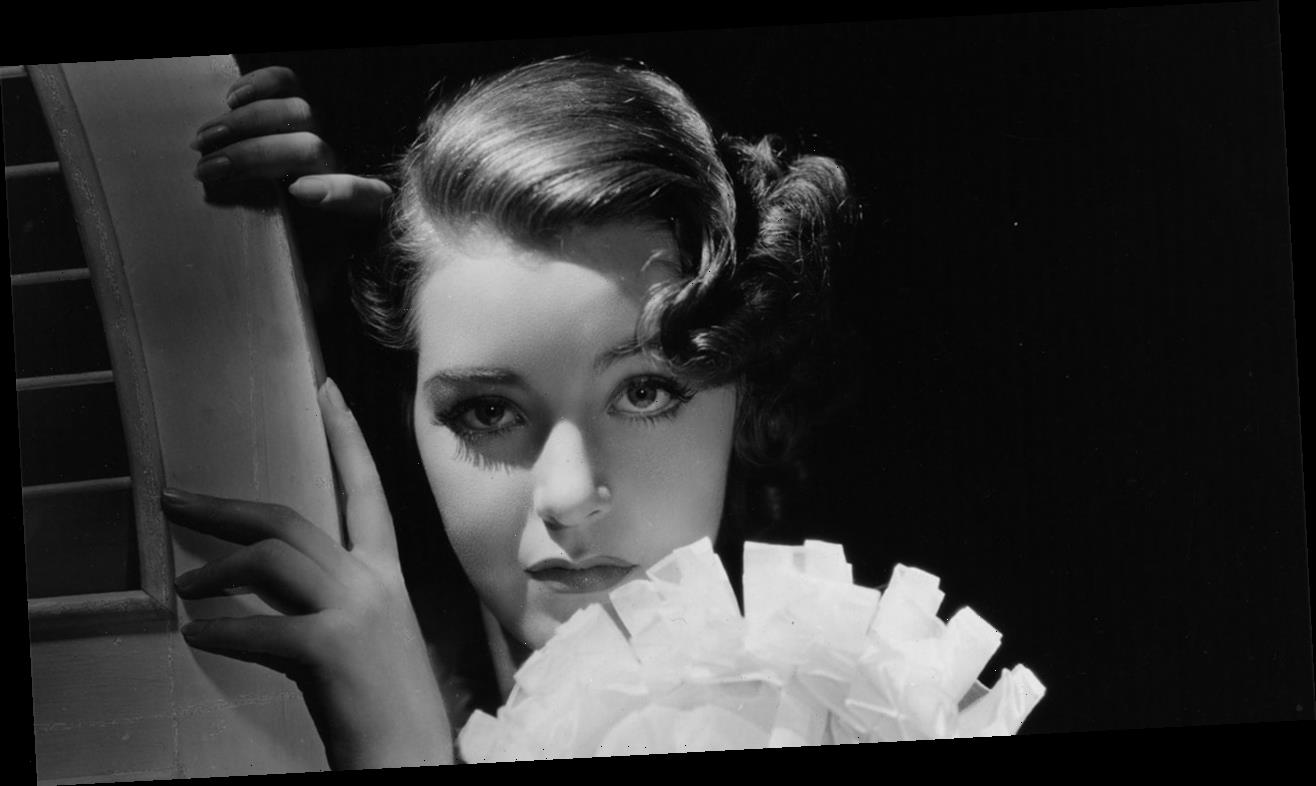 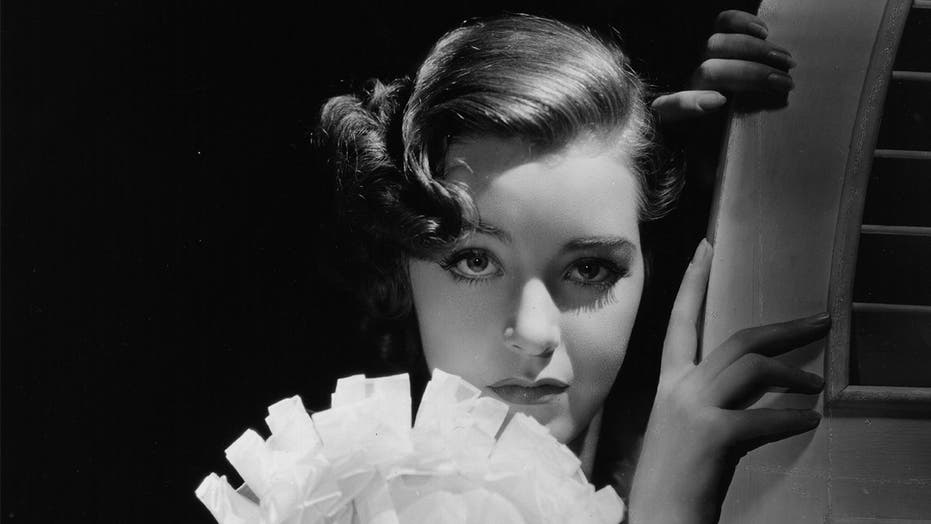 EXCLUSIVE: Marsha Hunt, one of the last living legends from Hollywood’s golden era, is sharing her life story.

The 2015 documentary “Marsha Hunt’s Sweet Adversity” has become available for streaming just months after Turner Classic Movies (TCM) gave a special presentation of it in December 2020. At the time, the channel presented 14 hours of Hunt’s films in celebration of her life, including “Flight Command,” “The Human Comedy” and “Pride and Prejudice.”

Filmmaker Roger C. Memos told Fox News he was eager to take a closer look at how the glamorous star of the ‘30s and ‘40s overcame the McCarthy-era blacklist, which nearly destroyed her career.

“It took us almost 10 years to make this film,” Memos told Fox News. “The world was a calmer place while we were making this film. I’m grateful that the film is now streaming and on Blu-Ray… because people who have seen the film have said that it lifted their spirits. My latest tag line for the film is ‘Marsha Hunt rose above adversity, and we will all as well.’”

Hunt, now 103, narrated the documentary herself. Special guests, such as Valerie Harper, Harry Belafonte, Walter Bernstein and Patty McCormack, were just a few of the many stars who also participated in the film.

The star told Fox News it wasn’t difficult for her to detail her legacy.

When Hunt first visited Hollywood at age 8, she knew her fate as an actress was sealed. 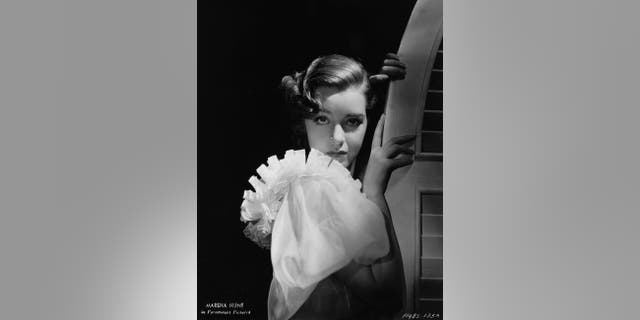 Marsha Hunt came to Los Angeles from New York in 1935 at age 17 with only modeling credits on her resume.
(Hulton Archive/Getty Images)

“I was thrilled with everything that had to do with movies,” she explained. “At 17, when I came for a career in films, Hollywood was all I had heard and read about. And the people had very colorful lives.”

When Hunt came to Los Angeles from New York in 1935, she only had modeling credits on her resume. Friends warned her to avoid Hollywood altogether. Still, that didn’t stop four studios from competing for her attention.

She went to Paramount first, home of Bing Crosby, Cary Grant, Mae West and Carole Lombard, and immediately found herself in leading roles starting with the 1935 drama “The Virginia Judge.”

In the documentary, Hunt recalled how she nearly got the role of Melanie in 1939’s “Gone With the Wind.” Producer David O. Selznick told her the role was hers on a Friday but to keep the announcement a secret. But on Monday, it was revealed that Olivia de Havilland would be playing the role. 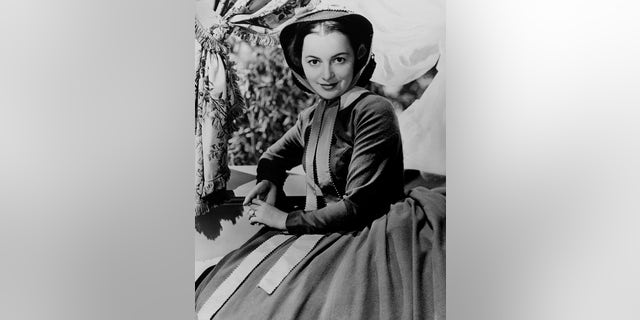 “I coped as best I could,” she admitted. “I already had plans of playing Melanie, having tested twice and encouraged by Selznick. I later learned that [Jack L.] Warner [of Warner Bros] had refused to lend Livie for the role. But then at the last minute, Warner called Selznick and said that a ‘trade’ for another contract player would be agreeable to lend Livie. That change of mind threw me out of the role.”

“The major heartbreak of show business is that you can be thrown out at any moment through no fault of your own,” Hunt shared. “You get a phone call and your world is turned upside down; something’s changed and it has changed you forever.” 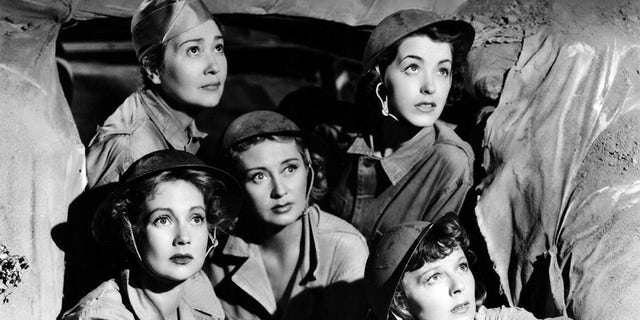 Fortunately for Hunt, she was given plenty of opportunities to explore other roles. She appeared in films like “These Glamour Girls,” “Flight Command” and “The Human Comedy,” where she was able to shed her leading lady image. Hunt was soon recognized as “Hollywood’s Youngest Character Actress,” a title she loved.

But one of Hunt’s greatest accomplishments was giving back to American soldiers. According to The National WWII Museum, the Hollywood Canteen opened its doors in 1942. It became a haven for servicemen where they could enjoy a hot meal, watch a show and even dance with their favorite stars free of charge. Memos shared that Hunt signed almost 5,000 autographs a night and danced with nearly as many soldiers. 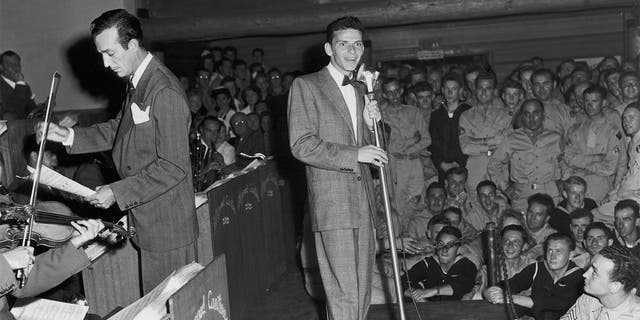 American singer and actor Frank Sinatra performs with Harry James and his orchestra on stage at a concert for American servicemen at the Hollywood Canteen in California.
(CBS Photo Archive/Getty Images)

“It seemed to mean so much to them, to be around film people,” she recalled. “And they were starved for female contact. I was at the Hollywood Canteen every Saturday night. I danced with servicemen galore and brought in other actresses and friends to be dance partners with servicemen. If you hit it off, when the Canteen closed, you would go across to the Palladium for more dancing!”

According to Memos, Hunt embarked on a four-week USO tour of the Arctic in 1944.

“There are dozens of memories from the USO tours, but the Artic tour was the most remarkable,” said Hunt. “Because the boys went into shock at the anticipation of visiting with actresses. You see, they had been so far removed from everyday life – and women – for a very long time. I would go to the hospital and talk with them or sing a favorite song.” 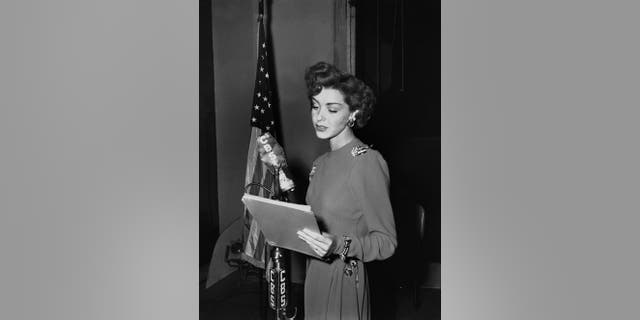 The star was also a member of the Hollywood Victory Committee, an organization where celebrities who were not in military service could unite and support American troops both at home and overseas. As a member, Hunt toured veterans’ hospitals in California, Texas and Louisiana. And when she wasn’t meeting wounded soldiers, Hunt went on U.S. war bond tours across the country, raising thousands of dollars.

For Hunt’s first 16 years in Hollywood, she made 54 films. However, her career came to a screeching halt in the ‘50s when her name appeared in the Red Channels publication, a report of alleged communist influencers in radio and television. Some of the prominent names listed included Orson Welles, Leonard Bernstein, Arthur Miller, Lena Horne, Edward R. Murrow, Artie Shaw and Hunt.

Philip Loeb, whose name also appeared in the Red Channels, struggled to find work in Hollywood despite denying he was a communist. In 1955, the actor committed suicide at age 64. Friends insisted that blacklisting was a major factor. 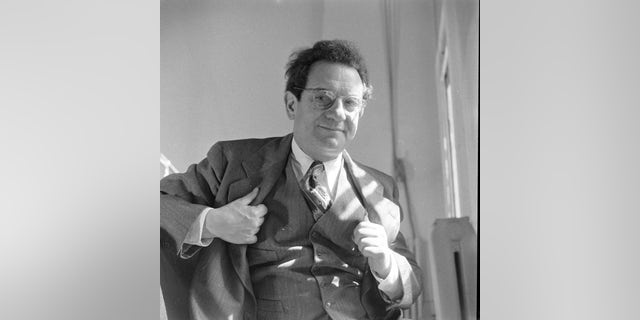 “I have no idea why I was listed in that group of people,” said Hunt. “I didn’t know then and I don’t know now. I really do not remember much about these accusations that were launched at me. I just thought it was stupid.”

According to the BBC, Hunt’s problems may have started when she joined the Committee for the First Amendment, which was a group of liberal actors who supported the Hollywood 10.

The outlet shared that in 1947, the House of Representatives Committee of Un-American Activities summoned 10 producers, directors and screenwriters to testify in Washington. Each was asked if they were a communist. The outlet shared that all ultimately went to prison for refusing to answer or to name other communists. The group ultimately became blacklisted in Hollywood and some resorted to working under pseudonyms. 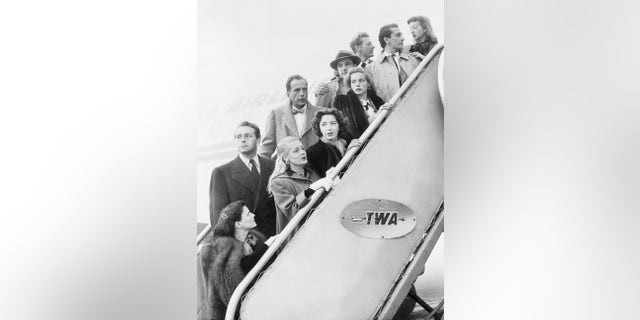 A group of Hollywood stars, representing 500 of their colleagues, leaving Los Angeles for Washington to protest the manner in which Washington’s Investigation of Un-American Activities is being conducted. They are left to right, front row: Geraldine Brooks, June Havoc, Marsha Hunt, Lauren Bacall, Richard Conte, and Evelyn Keyes. Left to right, back row: Paul Henreid, Humphrey Bogart, (spokesman for the group), Gene Kelly and Danny Kaye.
(Getty Images)

Hunt said she didn’t think twice when it came to speaking out.

“It was needed,” Hunt explained. “Otherwise the accusers would be right. And I did know it was a risk. A few roles were missed because producers were afraid.”

But Hunt was determined to keep working. When film roles weren’t coming in, she immersed herself in television. And in the ‘60s, she devoted herself to humanitarian causes, including world hunger and homelessness.

As for regrets? Hunt said she “can’t find any.”

“Not a regret, but I wish I had more singing roles in films and perhaps been cast in a filmed musical,” she said. “I was in two musicals on stage. Most memorably as Anna in ‘The King and I.’… What I loved about my work in films is that I was allowed to play different people. That delighted me the most and [it was] a privilege I tried to fulfill.” 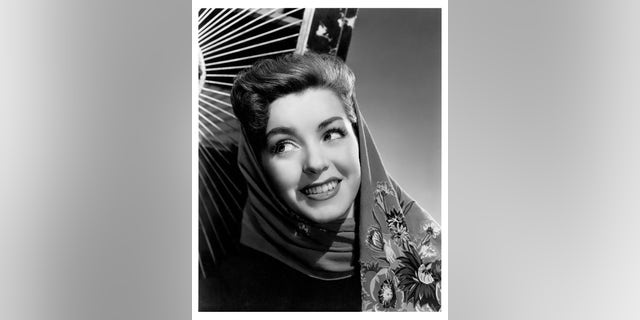 Even at age 90, Hunt was still acting, an experience she called a “sheer delight.”

Memos said that even he was stunned to witness Hunt’s ability to still command an audience today.

“When she spoke at film festivals, you could hear a pin drop as the audience was hanging onto her every word,” he said. “And that’s how I felt when interviewing her. It seemed like no one on the set was breathing because we were so enthralled with Marsha’s stories!”

“What surprised me the most about her is her attention to detail in every story she told,” he continued. “Her range of emotion when it came to telling her life story was astounding. You can feel the highs and lows in her story. She doesn’t just tell the story. She relives whatever she’s talking about with such heartfelt emotions.” 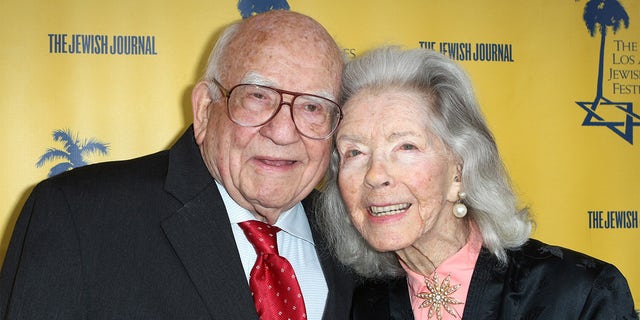 Today, Hunt still calls Sherman Oaks, Calif., home, where she’s lived since 1940. When asked whether celebrities should avoid speaking out on political issues because their purpose is to entertain, she replied: “Nonsense – we’re all citizens of the world.”

There is one lesson she hopes viewers will get from her life.

“To be fearless,” said Hunt. “When injustice occurs, go on with your convictions. Giving in and being silent is what they want you to do.”

"Marsha Hunt’s Sweet Adversity" is currently available for streaming on Amazon Prime, Tubi and YouTube TV. The Associated Press contributed to this report.