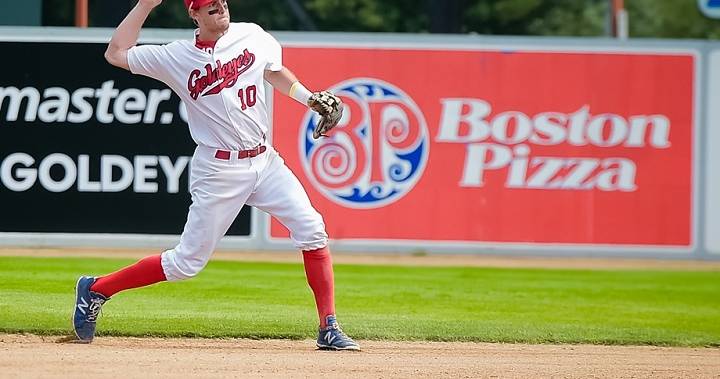 While the team has been struggling on the field as of late, three members of the Winnipeg Goldeyes were still chosen for this year’s American Association All-Star game.

Darvill was named the starting shortstop after a vote by the league’s field managers, general managers, and the media. He was also voted the starting third baseman at the all-star game in 2017. Darvill is just the second player in the league’s 14-year history to be voted a starter at two different positions. David Espinosa also holds the distinction after starting in the 2008 and 2010 all-star games.

Darvill is batting .309 with 31 runs scored, four home runs, and 20 runs batted in. He leads the league with a .986 fielding percentage after committing just four errors so far this season.

Lambson has a 5-2 record in 11 starts this season. His 3.08 earned run average is eighth best in the league, and he is second in strikeouts with 67. He’s allowed two or fewer earned runs in seven of his 11 starts.

Capellan leads the league with 18 saves and has struck out 24 batters in just 21 innings. He made his 221st career appearance earlier this week to set a new league record for most games a pitcher.

The game is set for Tuesday, July 27 in St. Paul at CHS Field.