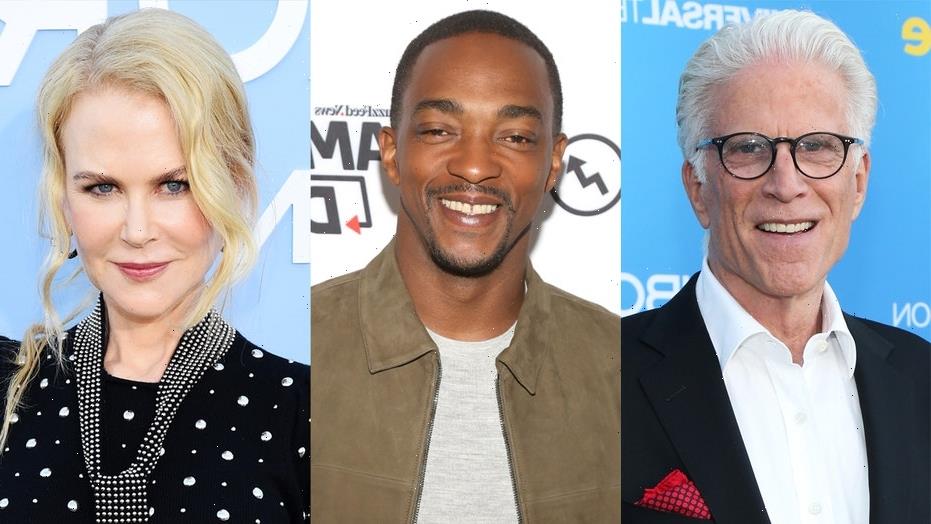 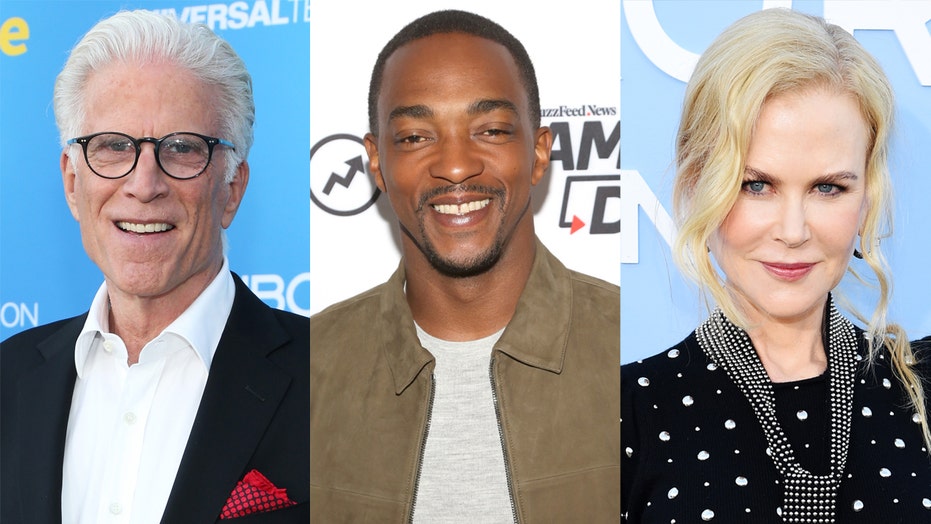 With every year’s Emmy nominations announcement comes question marks and raised eyebrows as some nominations are deemed unexpected.

Titles like “Ted Lasso,” “WandaVision” and “The Crown” dominated their respective categories this year, leaving little space for competition that many thought would surely squeak their way into this year’s honorees.

On the other hand, there are a handful of nods that shocked some, be it because of vocal dislike for a show or simply because it flew completely under the radar.

With “The Crown” and “The Mandalorian” leading this year’s nominations, here’s a look at the biggest snubs and surprises of the 2021 Emmys:

“The Falcon and the Winter Soldier” was incredibly popular and received critical acclaim but couldn’t manage to snag any major nominations.

Stars Anthony Mackie and Sebastian Stan were considered strong contenders, but both were shut out in favor of Don Cheadle’s brief guest spot. 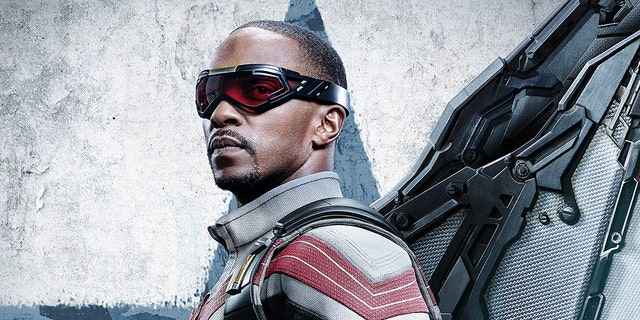 Anthony Mackie as Sam Wilson in Disney+’s ‘The Falcon and the Winter Soldier.’ He was considered a likely contentder for an Emmy nomination but recevied no acknowledgement.
(Disney+)

Peacock’s “Girls5eva” had a strong but small fan base for the musical comedy and Renée Elise Goldsberry (nominated for “Hamilton”) was all but expected to earn a nom for the show, which was shut out save for a writing nom for creator Meredith Scardino.

Ted Danson is a critical darling, having earned a jaw-dropping 18 Emmy nominations over the course of his career, winning two. His latest comedy, “Mr. Mayor,” was expected to help him land yet another nod, but he was left off the roster this year. 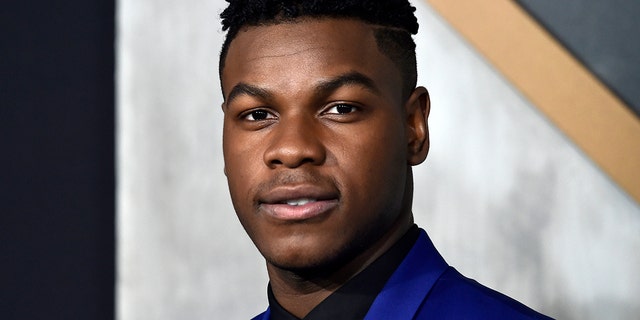 John Boyega won a Golden Globe for his performance in ‘Small Axe,’ but was not nominated for an Emmy.  (Photo by Frazer Harrison/Getty Images)

Nicole Kidman has become a favorite in the television industry thanks to her turn in “Big Little Lies,” but her leading role in HBO’s “The Undoing” was completely locked out by the Academy. The only nomination that the show earned was a nod for star Hugh Grant, despite Kidman, Donald Sutherland and the limited series as a whole earning Golden Globe noms. 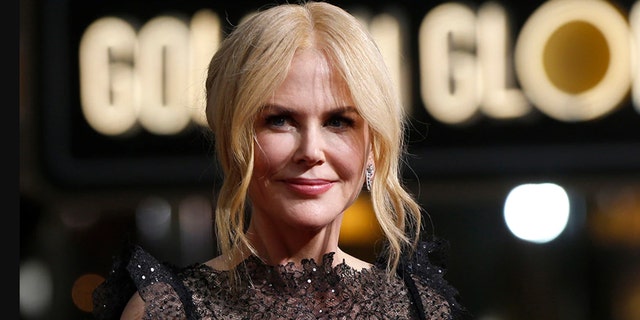 Nicole Kidman has become a favorite in the television industry thanks to her turn in ‘Big Little Lies,’ but her leading role in HBO’s ‘The Undoing’ was completely locked out by the Academy.
(Reuters)

“Small Axe,” a series of anthology TV movies, brought a lot of awards love to star John Boyega and after he won a Golden Globe for his work, he was expected to be honored by the Emmys as well, but the series was shut out.

Despite being largely panned by critics, “Emily in Paris” earned some love from the Golden Globes with a pair of nominations, and it was widely considered a fluke – be it because of limited content thanks to the pandemic, controversy within the Hollywood Foreign Press Association or something else entirely. However, a nomination for outstanding comedy series – one of the year’s most prestigious awards – proves that its awards love was no accident.

“Cobra Kai” is another show that, despite its large and vocal audience, isn’t known for receiving the best reviews, so a nod for outstanding comedy series certainly came as a surprise. 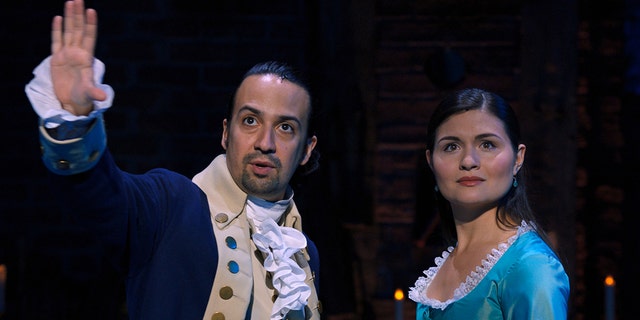 Lin-Manuel Miranda (left) was expected to earn a nomination, but his various costars, including Philipa Soo (right), were not.
(Disney+)

It’s no secret that “Hamilton” has been immensely popular in various forms since it debuted on Broadway but earning a whopping nine nominations was not expected. Not only did it land a pair of nominations in technical categories, but seven of those nods went to stars Goldsberry, Lin-Manuel Miranda, Leslie Odom Jr., Phillipa Soo, Daveed Diggs, Jonathan Groff and Anthony Ramos.

“The Falcon and the Winter Soldier” was expected to earn more nominations than it did, and what certainly wasn’t expected was Cheadle’s nomination as a guest star in the show, making him one of Marvel’s inaugural class of actors to have been nominated for major awards for their performance, alongside Elizabeth Olsen, Paul Bettany and Kathryn Hahn. 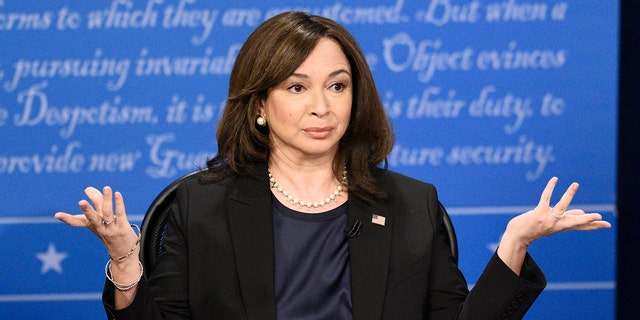 Maya Rudolph as Kamala Harris in ‘Saturdaynight Live.’ For the second year in a row, she earned a nod for the sketch comedy show and for her voice work in ‘Big Mouth.’ (Photo by: Will Heath/NBC/NBCU Photo Bank via Getty Images)

Maya Rudolph made waves last year when she won two Emmys for playing Vice President Kamala Harris on “Saturday Night Live” and Connie the Hormone Monstress in “Big Mouth,” and she has a chance to do it again this year, earning nominations for the same shows yet again.